While most of us take for granted the ability to simply press a button on the thermostat and instantly receive the warmth we crave, this is still an extremely modern invention. However, just because our ancestors lacked the technology and infrastructure that we benefit from today, doesn’t mean that they didn’t come up with some ingenious ways to keep their homes and families warm.

Let’s take a closer look at the history of home heating systems, to get a better idea of how people have been warming their homes since the first cities.

‘If it ain’t broke, don’t fix it.’ How does this relate to ancient home heating technology? One word: fireplaces. Stretching as far back as 2500 BCE, central hearths have been unearthed in Ancient Greece, showing that people have been using one of humanity’s first inventions (fire) to warm their homes.

Ancient furnace technology looks similar to types of home heating we see today including modern wood-burning fireplaces, cooking stoves re-appropriated for heating, and even underfloor home heating systems. These early furnaces used stone, but as new building materials evolved, like iron, they were applied to the construction of medieval and more modern furnaces. Medieval furnaces, with improvements in technology such as chimneys and flues, came onto the scene as humanity left the Dark Ages for the Renaissance, during the 15th century.

Since the furnace’s humble beginnings, there have been many technological improvements that have brought us to the heating capabilities of today. For example, the use and understanding of chimneys and flues took off in the 14th century, diverting smoke away from living areas, and keeping people from choking on harsh smoke. Steam heating was an industrial age revolution that allowed households to utilize the unique heating properties of superheated water, instead of simply using fire on its own.

Beginning in the mid-19th century, boilers and fans were additional ways to create and disseminate heat in homes. Finally, the all-powerful thermostat, invented in the late 19th century became the remote control to our furnace’s television.

2000s: Washington Energy Services is here for you

Lucky for you, you no longer need an Ancient Athenian lighting a fire beneath your floorboards to ensure warmth for you and your family. If you’re looking for a new furnace for your home, check out our great selection of Bryant Furnaces. Washington Energy Services is your top choice for heating and cooling solutions throughout Washington State, thanks to our reputation for the best products and exceptional customer service. 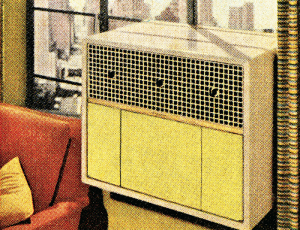 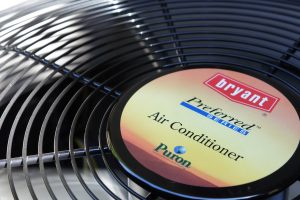 Do you really need air conditioning in Seattle?